Redraw Your World Without Bullying 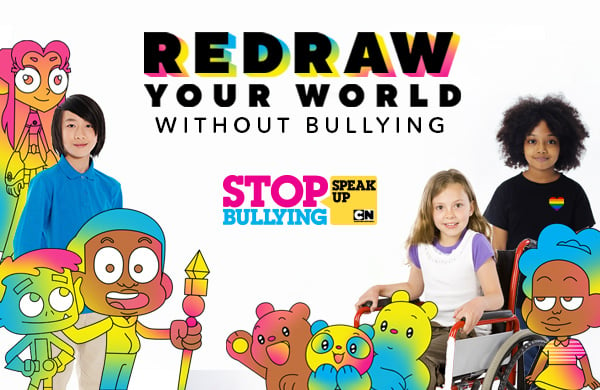 Cartoon Network is partnering with PACER’s National Bullying Prevention Center again, in recognition of October as National Bullying Prevention Month. The cabler has released a new PSA titled “Redraw Your World Without Bullying.” Part of the award-winning national campaign, “Stop Bullying: Speak Up,” the PSA will also be available on all Cartoon Network social platforms, including YouTube and Instagram, beginning Monday (Oct. 3).

Under the network’s “Redraw Your World” tagline, “Redraw Your World Without Bullying” combines real-life kids and original animation plus some Cartoon Network characters, including Craig Williams, Raven, Beast Boy, and Robin. The PSA outlines how to be a successful ally to someone experiencing identity-based bullying, which targets an individual’ identity, such as their race, religion, disability, immigration status, sexual orientation,

Congratulations to the 2022 Unity Award Recipients 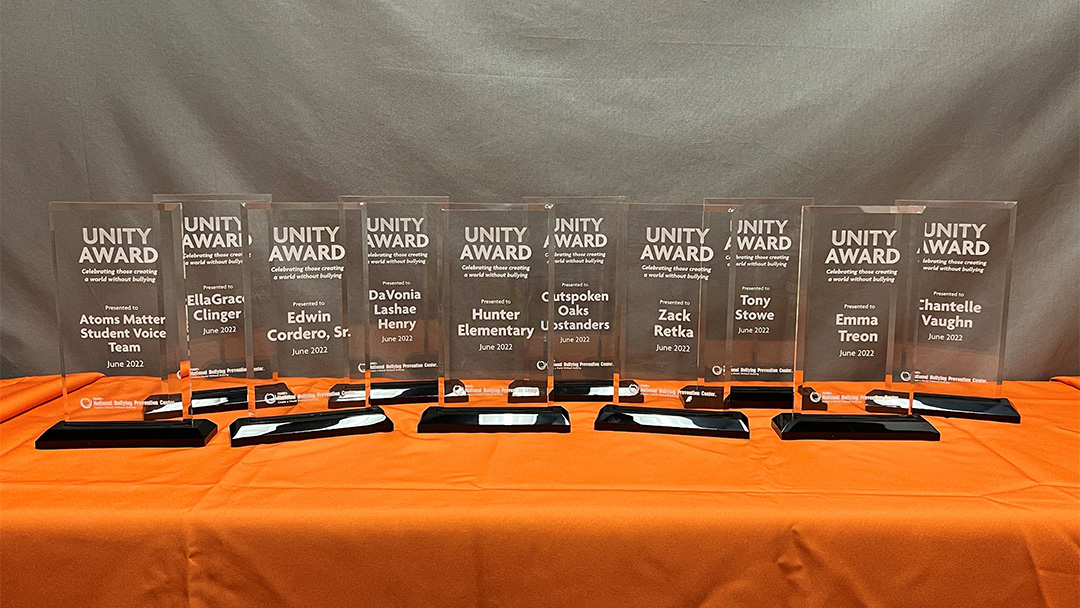 We celebrate and honor the ten individuals and groups who were selected from hundreds who were nominated by peers to be recognized for their contributions and accomplishments to help prevent bullying and promote kindness, acceptance, and inclusion for all.

Kids and Teens Talk About Bullying 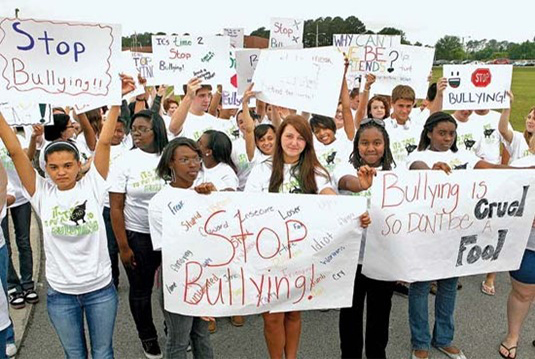 Congratulations to everyone whose videos were selected for the Spring 2022 “Students with Solutions” contest to produce short (one-to-three-minute) videos using template scripts! Producing the videos was a creative opportunity for adults to engage youth in bullying prevention conversation while involving them in developing resources that can help educate their peers.

When Quest Academy was asked, “What impact did creating the video have on those involved?” Their response, “Our students bonded while making this video. They grew in respect for each other’s different gifts and opinions and in confidence for their own. They grew in their ability to collaborate, listen to each other, and compromise with each other.” 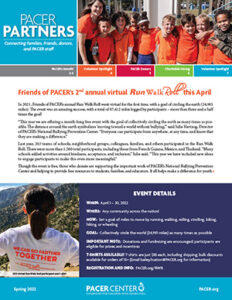 The Friends of PACER’s Run Walk Roll was featured on the front page of the Spring 2022, PACER Partners newsletter. Everyone is invited to participate and help create a world without bullying.

The Kids Take on Bullying webinar series, presented in partnership with Cartoon Network, is now available to watch in the classroom or during other student related activities. The series is designed to help facilitate the development and implementation of amazing ideas to take on bullying in school, community, online, or wherever you see it happen.

A free month-long event with the goal of collectively circling the earth (24,901 miles) as many times as possible. which symbolizes the call to “moving toward a world without bullying.” Determine your own mileage goal to run, walk, roll, stroll, bike, hike, or wheel, logging the distances throughout the month. Every mile contributed will move us one step closer of a world which is kinder, more accepting, and more inclusive for all.

Nominations open now, honorees to be announced in May

Unity Awards is a celebration to recognize those who are helping to create a kinder, more inclusive, and more accepting world — whether it’s by empowering others to take positive action, advocating for those who need support, or sharing acts of kindness that cause a ripple effect in one’s community. This year six individuals or groups will be recognized with the Faces of Change award to honor them for their unique contributions to bullying prevention. 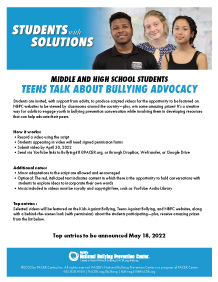 Inviting all K-12 students to produce scripted videos. A creative way to use videos to help educate other students. Submissions open now through April 30, top entries announced May 18. 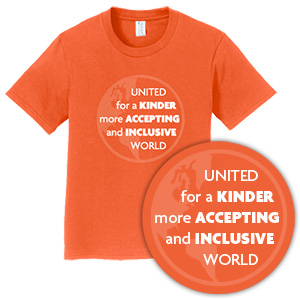 Available through end of October

Download or order the bullying prevention 5-poster series and post in school or around the community, available in English and Spanish.