Set up a table at your school where students can sign paper copies of the “Together Against Bullying” pledge.

Make a commitment to:

Get Creative with Art and Writing 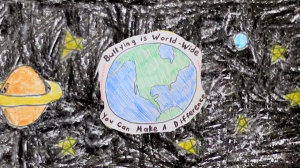 The series of animated videos, created from student drawings and writing, creatively illustrates what it feels like to be bullied, what students can do if they see bullying, and how to be an advocate against bullying. Watch each video, then hold a classroom discussion using the suggested questions.

The Unity Tree is a powerful symbol reminding everyone that bullying can be prevented when we all come together – united for kindness, acceptance and inclusion.

Creating a Unity Tree is an interactive and hands-on activity, a shared experience in which anyone can participate and everyone can watch the tree grow. Each person contributes their own unique experiences, creative ideas, and strategies by writing positive messages on leaves that are attached to the tree. As the number of leaves increases, it creates a visual reminder, demonstrating that when we are united we can create social change.

Option One: Unity Tree on a Bulletin Board

A poster can also be displayed next to the tree that lists the questions that were used in students creating the messages for the leaves. 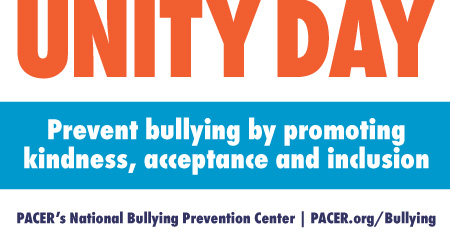 Create a huge banner with the word UNITY as the central theme. Ask everyone to make a voluntary contribution to sign the banner, define what unity means to them, or make a suggestion about ways to unite as a school or organization. This can be done on Unity Day or anytime during the year.

Dance, unite—and make a statement against bullying—by holding a Unity Dance. Join schools, students, and community organizations around the world to unite with PACER’s National Bullying Prevention Center in music and dance to bring awareness to bullying prevention.

The song selected for the event is “You Can’t Take That Away From Me,” which was created by Nashville songwriters Tim Akers and Libby Weaver. Akers, the father of a child with a disability, has seen firsthand the struggles and frustrations that some children deal with because they are viewed as “different.”

The song speaks about the importance of teaching children to recognize that personality and character are more important than popularity and outward appearances. The song is performed by 11-year-old Nashville singer Tristan McIntosh, and choreographed by local teens.

Get your school or organization together and use PACER’s online toolkit to organize a Unity Dance where you live. The toolkit includes the designated song for the dance, choreographed dance moves, and much more.

See the dance in action 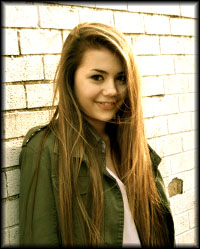 Music is the universal language of emotion and Hayley Reardon expresses herself so eloquently through her original compositions. Hayley taps into her talent and gifts to create poignant, heartfelt songs about being a teen. Hayley shares her music and lyrics with PACER’s National Bullying Prevention Center in the hopes others will be touched by the message, inspired to take action, and motivated to share in the process of creating a world in which no one feels alone. Hayley’s original music and videos can be played in classroom, and are accompanied by classroom discussion questions.

Middle and high school students can watch the music videos, which are accompanied by activities and discussion questions which are integrated with song lyrics.

Hayley writes, “I think music and art are some of the most powerful ways for us to make sense of our feelings and help us to relate to one and other. I’ve worked with PACER to create classroom toolkits. The goal of these exercises and the heart of the songs that go along with them are to help students better understand one and other and hopefully uncover and embrace each other’s individuality.”

“Where the Artists Go”

“This song was inspired by an in-class assignment that allowed me to get to know a classmate on a deeper level than I ever had before. The purpose of this exercise is to help us, as students, to better understand each other and learn to embrace and accept the things that make us individuals.”

Hayley writes, “Think about the amount of time we spend at home with our families versus in school with our classmates. Whether we like it or not, school is a big part of our lives and we’re all here because we have to be. Growing up is hard for each of us in different ways but would be easier on everyone if we could face our time together as a team. Not a divided or broken team but a team who understands that we all have our own strengths and weaknesses and something to contribute. Ultimately, the only question we need to ask ourselves is what stops us from having each other’s backs and choosing to stand together.”

Hayley writes “To me, “She’s Falling” is about not knowing how to help someone who you can see is falling apart.” Although Hayley’s song was written about a girl she knew personally, she, like all of us, was moved by the story of Phoebe Prince, a 15 year old Irish immigrant attending school in Massachusetts, who after months of being subjected to bullying from her peers, committed suicide on January 14, 2010 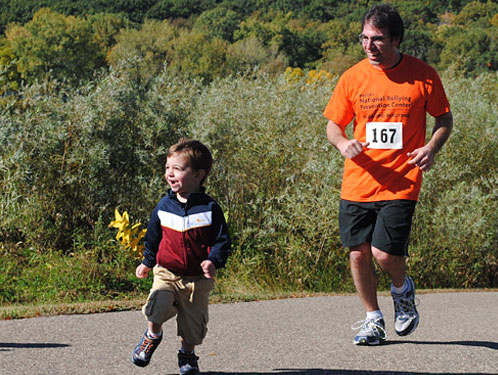 The Friends of PACER’s Virtual Run Walk Roll is a free month-long event with the goal of collectively circling the earth as many times as possible. This distance around the earth — 24,901 miles — symbolizes “moving toward a world without bullying.” Individuals or teams can measure their miles running, walking, rolling, strolling, biking, hiking, or wheeling and log these distances throughout the month of April.

Additionally, there will be the opportunity to participate in fun activities, win prizes, purchase merchandise, and raise funds to support bullying prevention. Every mile will move us one step closer to a world which is kinder, more accepting, and more inclusive for all. 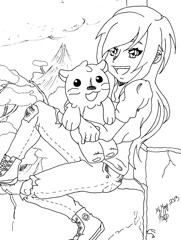 Hey! My name is Taylor and I am proud to say that I am the author and illustrator of this story, Silent Voices, which tells the story of my actual experiences with bullying. I was a victim of bullying, such as name-calling, physical harm and emotional harm, and even sexual harassment. I will never forget the numerous times I would go to a social worker or a teacher or school staff member about these issues and they would always turn me down, saying that, “teenagers are just being teenagers,” or “I think you’re over-reacting, kid.” A while after being ignored, I started to believe that this was the way I was supposed to be treated in school because I had Autism and Epilepsy, and I was supposed to allow this mistreatment to carry on until I couldn’t take it anymore. I know what it is like to be bullied, to be depressed and feeling alone, to actually try and take my own life in the middle of the night so I wouldn’t bother anyone.

While reading my side of the story, keep in mind that there are many other people being bullied for reasons that vary. And, to those who feel like they cannot do anything, it only takes one voice to stop this uprising battle of mistreatment and bullying. Together, we can all work hard to make schools a safer place. Be a friend, an ally, and help those who are silent like I was. Everyone is meant to be different and everyone is meant to be treated as equal.

I hope you enjoy this story and will take a stand against bullying. 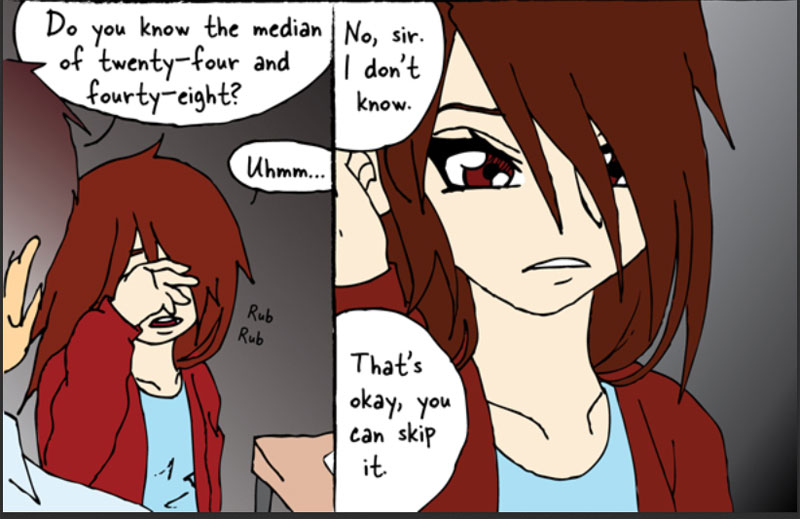